Will Your Student Athlete Soon Be Lettering in eSports?

American high schools in at least 15 states will be rolling out varsity eSports programs in 2018 thanks to a program spearheaded by PlayVS, a startup building online and offline infrastructure for high school eSports. The inaugural season begins in October 2018 with competition expected in three genres: multiplayer online battle arena (MOBA) games, fighting games, and sports games.

Varsity-level eSports programs have been active at the college level for a number of years, growing from just one program in 2014 at Robert Morris University in Illinois to more than 60 colleges and universities that currently offer “official” eSports programs. Currently, Variety.com estimates that “nearly 200 colleges in the U.S. and Canada are actively recruiting and offering scholarships to (eSports) players.”

Such offerings at both the college and high school levels engage a wide range of students in organized after-school activities, recognizes them through competitions and awards, offers thousands of dollars in scholarships at the collegiate level, and provides professional opportunities for eSports athletes during their school years and beyond.

In a recent article appearing on engadget.com, Mike Nealy, executive director of the Fiesta Bowl, explained that his perception of eSports and eSports participants changed dramatically after his organization hosted the sold-out Overwatch Collegiate Championship at Arizona State University earlier this year. “My perception was (of an) out-of-shape kid that’s eating Cheetos and playing a game, and can’t talk socially, and is a basket case athletically,” Nealy said. “No, these are normal kids. …This is just a different avenue. They’re smart, intelligent and very capable individuals that have found a niche and are doing something that they enjoy doing.” 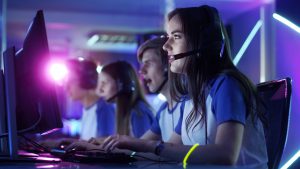 At the high school level, eSports athletes will be able to build their own teams regardless of experience, gender, or age, and there will be no limit on how many teams a school can have.

Mobile Edge prides itself on its longstanding support of gamers and eSports athletes by continuously innovating new designs and new products that offer cutting edge mobility solutions for a wide range of gaming and eSports needs. 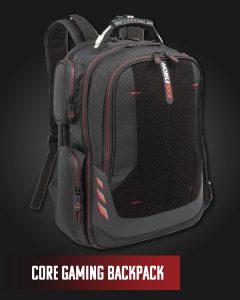 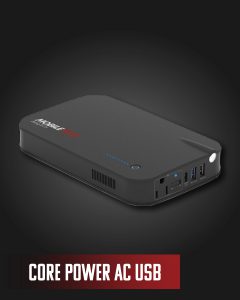 Gear Up Your Student Athlete

Check out all CORE Gaming Backpack and other CORE accessories at Mobile Edge, as well as our extensive line of distinctive Alienware cases and apparel.

For the next 10 days, enter Promo code ESPTGROW when you check out from Mobile Edge’s online store and get 20% off your purchase of a CORE Gaming Backpack or a CORE power accessory, with free shipping on orders of more than $75.