Opportunities for Competitive Gamers Rival that of Traditional Athletes

If your high-school or college-aged athlete needed a bag or duffel to transport and organize his or her soccer, football, hockey, track and field, or other sporting gear, you wouldn’t give a second thought to outfitting him or her with the right tools for the job . . . would you? It’s a traditional right of passage for our youth, whether those activities one day result in professional success or simply remain a way for casual athletes to stay in shape. 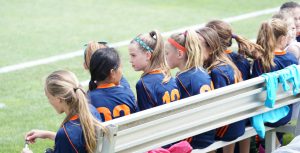 In 2018, it’s time to add another type of athlete to this list: the competitive gamer (or eSports athlete). With more than 250 million players worldwide, and even more fans, playing video games—even as a hobby—no longer carries with it the stigma of mal-nourished, sedentary players glued in front of flickering computer screens late at night. ESports is now recognized as an official sport by high schools, colleges, and professional organizations around the globe.

According to the Newzoo 2018 Global eSports Market Report:

Deloitte.com estimates that by 2020, the global eSports market will generate $1.5 billion in annual revenues, derived from sponsorships and advertising, betting, ticket sales, and merchandising. And in the recent article, A 2018 Update On Trends in eSports, Medium.com reported that “revenues, audiences, and events are growing exponentially. All of these statistics indicate double-digit growth, with brand investment, predicted to reach triple digits.” 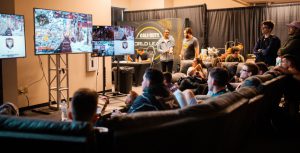 When compared to the revenues of traditional sports leagues, such as the NBA and NHL—according to Statista.com, total NBA league revenue in 2017 was $7.37 billion; while the NHL took in $4 billion last year—it’s clear the opportunities that an eSport athlete has (or will soon have) are likely to one day rival those of participants in other, more-traditional sports.

Gamers are Athletes Too

In 2016,  a study of eSports athletes conducted by scientists at the German Sports University, found that eSports athletes are exposed to “physical strains similar to those of ‘normal’ athletes.” They attributed this strain to hand and eye movements as well as increased brain activity as eSports competitors encounter game play that requires snap decision-making as well as rapid physical movements and reflexes.

According to the study, many aspects of eSports areas demanding as other types of sports:

eSports is a Game Changer

Mobile Edge recognizes that the growth of eSports is a game changer. With all this interest in eSports, participants and enthusiasts alike now more than ever need a reliable way to stow and transport their gear from home to school to gaming venues and back again . . . and Mobile Edge is leading the way. 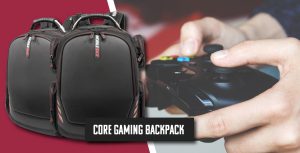 Gamers and their followers may be particularly interested in the Core Gaming Backpack with Velcro panel, which features a Velcro panel on which athletes and fans can affix patches and emblems of their favorite teams.

The compact and versatile CORE Power AC, with its massive battery capacity, provides extreme power and performance for even your most power-hungry devices! It features a universal AC outlet that delivers an incredible 85 watts of power. With 27,000mAh, you can plug in and power laptops and personal electronics, as well as USB devices. 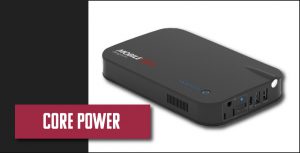 Check out the CORE Gaming Backpack and other CORE accessories at Mobile Edge.