Who Needs Power on the Go? YOU DO.

We’re more dependent on our portable devices than ever, however, we always rely on the batteries that power them. Today’s mobile lifestyle requires power on the go – and Mobile Edge has the right products to fit your needs! When your phone, tablet, iPad, laptop or other mobile devices battery can’t get you through the day, always have a backup plan – And you’re sure to find one here!

Joey G, like most Millennials,  grew up playing video games on a bunch of different devices, ranging from Nintendo consoles, the Atari 7800, and Gameboy Color; to PlayStation 2s, and all their next generation spawn—Alienware gaming laptops, Xboxes, and PS3 and PS4. Nowadays, he watches some of the esports tourneys on Cable TV, like League of Legends on ESPN, thinking, “I was born about a decade too soon” to hop on the esports bandwagon competitively. He’ll leave that to the next generation—the teens and twenty-somethings. In the meantime, he can simply play along like a video game enthusiast. While he’s had his CORE Gaming Backpack from Mobile Edge for close to a year, what he’s really most enamored with of late is his CORE Power AC USB (27,000mAh Portable Laptop Charger). With it, he can give his laptop a much-needed boost when there’s not an outlet handy, and he can make sure his smartphone and tablet never drain down below 1%. He especially likes how, with his CORE backpack, he doesn’t have to untangle a bunch of cords and paw through different sections to get at the juice. The integrated USB port connected to his internal power bank means he has plenty of power at his fingertips. All he needs to do is plug in. 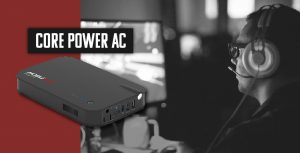 Andrew R. is a first-year college student. Staying in touch with friends and family back at home is especially important to him as he makes his way through his first semester. There are new people and new routines to figure out, and what he doesn’t need is to be left in the dark with a smartphone or tablet that’s lost its charge. He’s got his SmartPack Backpack from Mobile Edge, a no-nonsense, ergonomically-designed and super lightweight backpack that he still considers one of his best gifts from Mom and Dad ever. But what’s been most helpful to him is the UrgentPower 5200mAh (Universal SmartPhone/USB Device Battery Charger) they also gifted him. With it, he can make sure his iPhone and tablet always have plenty of juice when he’s in class or on campus and away from a convenient charging station. 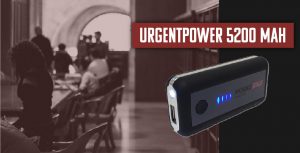 Karen R. flies cross-country at least twice a month, taking with her a wide range of devices, including her laptop, tablet, smartphone and assorted accessories to keep her connected with home and office while she’s on the road (or in the air). She loves her new Graphite Nylon Briefcase, a treat she rewarded herself with after landing a new client in the previous quarter . . . and she especially loves her CORE Power (26,800mAh Portable USB Battery/Charger). It slips easily into the briefcase and provides her with a reliable source of power for her Android phone, tablet, and her noise-canceling headphones (a necessity on long, late-night flights). 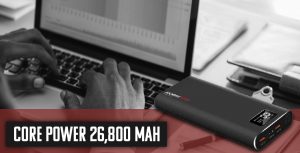 Bring the Power with You

There’s nothing more annoying than having to deal with a nearly drained laptop, smartphone, or tablet because you forgot to set it up to charge overnight, or nothing more frustrating than your device running out of juice on a long plane ride and your budget airline doesn’t offer a charging port. Perhaps you didn’t realize, but you can bring power with you—and with Mobile Edge’s power solutions, it’s easier than ever.

Just as portable as your smartphone or tablet, Mobile Edge’s portable power stations provide the flexibility you need to charge your mobile phone, tablet, iPad, or other mobile devices (or even your laptop) while you’re on the go. Check out all our Power Solutions at Mobile Edge.

For the next 10 days, enter Promo code POWER18 when you check out from Mobile Edge’s online store and get 20% off your purchase of a CORE Power or CORE Power AC USB charger, with free shipping on orders of more than $75.

Categories: Blogroll, Gaming, Professionals, Students
Prev postNext post
How You Can Protect Your Tech and the Environment at the Same Time Gen Z & Millennials Prefer
Read More
What’s the Real Cost of Damaged Laptops and Other Tech? In a Tech-Driven World, Protecting Valuable Gear is
Read More
What’s Next for 2021 as Home Gaming Continues to Flourish? As Engagement Grows, Organizing & Protecting Valuable Gear
Read More
Are Tech-Inspired Gifts Good for Your Valentine’s Day? Classic Gifts Are Always Popular, but This Year Tech Is In
Read More
Looking for Tech-Inspired Gifts for Your High-Tech Valentine? Mobile Edge offers Go-Bags and Productivity Accessories for the High-Tech
Read More
How Will Consumers Keep All Those Gadgets Safe and Organized? Holiday Spending on Tech Gifts Projected to Exceed
Read More
Holiday Shoppers Expected to Spend Similar to Last Year, But Do More Shopping Online Mobile Edge Gift Cards
Read More
For Many, Working from Home Boosts Productivity Now Take It Up A Notch with Productivity Gifts from Mobile
Read More
What Do Tech Savvy Women Want in a Gift? Style and Function Most Important Women appreciate cool tech
Read More
Why Are Guys So Obsessed with Gadgets? Protective Cases, Tech, and Other Cool Gifts for Him The relationship
Read More

This website uses cookies to improve your experience while you navigate through the website. Out of these, the cookies that are categorized as necessary are stored on your browser as they are essential for the working of basic functionalities of the website. We also use third-party cookies that help us analyze and understand how you use this website. These cookies will be stored in your browser only with your consent. You also have the option to opt-out of these cookies. But opting out of some of these cookies may affect your browsing experience.
Necessary Always Enabled

Any cookies that may not be particularly necessary for the website to function and is used specifically to collect user personal data via analytics, ads, other embedded contents are termed as non-necessary cookies. It is mandatory to procure user consent prior to running these cookies on your website.